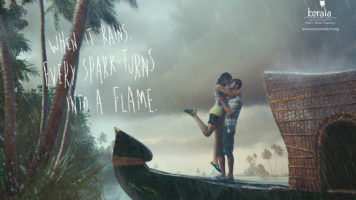 5 Reasons to go to Kerala during the monsoon 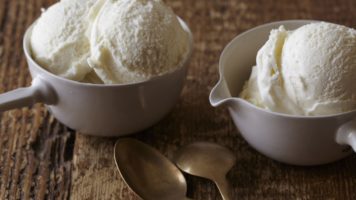 Kerala is a very beautiful state with several add-ons that makes it unique from the rest of the Indian states. The word Kerala itself is actually a Sanskrit word which means ‘the land that was added on’. We usually interpret Kerala as ‘the land of kera or coconut’. Coconut is the tree that defines Kerala as it is found in plenty here and is used in day to day life. The oil, fruit or the shell of coconut are utilized by the Malayalis. Malayalis made it a practice to massage their body with coconut oil or apply oil on their black hair which distinguishes them from the rest. The dishes here have coconut used in it either in the form of oil, coconut milk or as grated coconut. It is also difficult to find a home in Kerala without a coir mat or a coconut shell ladle. Kerala dishes are also famous for its spicy taste.

The language of Kerala is Malayalam which has 53 characters and the accent of a Malayali is indeed a tough one that makes your tongue twist. There are certain words in Malayalam like ‘Uzhichil’, ‘Kazhcha’, ‘Vazha’ etc. with the letters ’zh’ pronounced in a way that makes your tongue twist. These words give an impression that it is possible only for a Malayali to pronounce it with no difficulty. Malayalis have an inborn sense of humor and they laugh at themselves even when they make fun of others. There is also an art form called as ‘Ottanthullal’ which is unique in presentation and involves humor. Their ability to create humor can be seen even today in the field of cinema, cartoons, literature etc.

The capital of Kerala was renamed from Trivandrum to Thiruvananthapuram which makes it now the longest named city of India. Kerala is the World’s first baby friendly state and maybe that’s why it is possible to find adults with unique names such as Innocent, Baby etc. Some even attach their names with molu, kutti etc to form Rosemol, Mercykutti etc. Even though these words mean baby, the grownups never mind putting such a name. It is also funny that the siblings have names like Seena, Neena, Beena or a parent who is a strong devotee of God name their children as Vishnu, Krishna and Rama.

Malayalis are said to know all the home made remedies for almost all health related problems. It includes remedies for warts, stomach pain, headache et 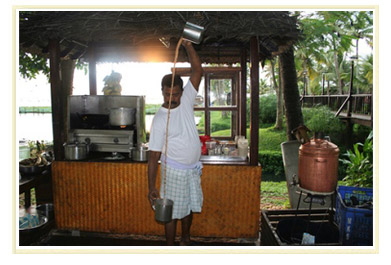 c. The remedies are obtained either from the kitchen cupboard or from the kitchen garden. It is also unique to find that Malayalis always prefer colored drinking water instead of plain water. They give unique pink or yellow color to water by adding some roots or herbs to it and boil them.

A common sight in most of the remote places in Kerala is a local tea stall called as Chayakkada. It may be a small room with light emitted from an oil lamp hung. One of the main hobbies of the people who come to this Chayakkada is reading newspaper. Normally a person reads out the newspaper loudly and the others who come here to have tea listen to it. It is usually a venue to discuss all global and familial issues. They continue this for a long time until they find an unfamiliar person. They stop what they were doing till then and simply stares at the person which gives you an impression that staring is a time pass of the people here.

A majority of the Malayalis work outside Kerala. It is not a rare thing to see at least a Malayali working at any office or establishment wherever you go outside Kerala. A Malayali is sure to be found working in Schools, Hospitals, Banks, Shops, Hotels etc. in and out of India. A home to Keralites after Kerala is definitely the Gulf countries. It is difficult to find a Malayali who does not have a relative in Gulf or has not went to Gulf countries for work.

Another unique feature of a Malayali is their costume which is a lungi or a mundu. The men wear mundu and the women here wear a Kerala sari. A typical Malayali is always simple in wearing a lungi which is a colorful cloth of ankle length tied around the waste. Sometimes they tuck the lungi by pulling it upwards to make it knee length and tie on the waist. They remove this second knot when they see any elderly person as a sign of showing respect to them. This is indeed an indication of Malayalis rich roots. The Kerala sari worn by a woman is an off white colored sari with golden border. They make it a point to wear this traditional dress on festival occasions no matter where they are.

7 thoughts on “Window to Kerala”