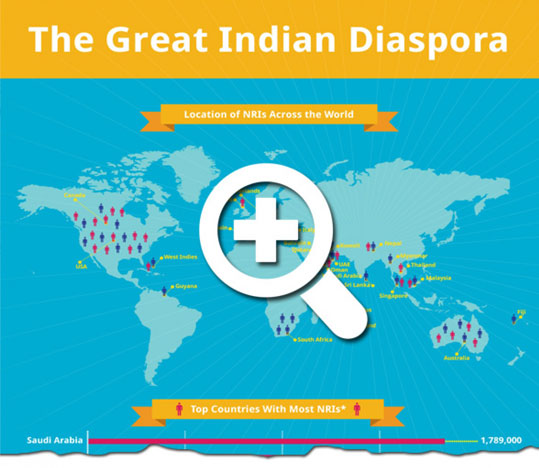 The word meaning of Diaspora is scattering and is used to denote those people who have migrated from their native and moved to other places for work.

Indian Diaspora is used to indicate those people who migrate to other countries for work or business. The Non Resident Indians and Persons of Indian Origins are the people who come under this category. It is estimated that there are around 30 million Indian Diasporas. The Indian Diaspora is of great benefit to the Indian government as they have helped in the development of our country economically and financially.

There is a Diaspora Services Division of the Ministry that deals with all subjects related to Overseas Indians which includes the NRI’s and PIO’s. Their matters are not specifically allotted to any other Departments of the Indian Government.

Some of the schemes of the Diaspora Services Division are