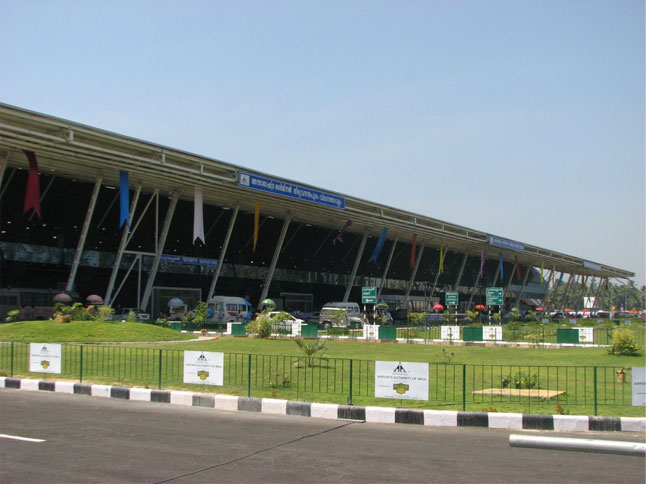 Thiruvananthapuram International Airport is the first airport in Kerala and it is a gateway to this state. This airport is located close to the Shankumugham beach. This is the busiest airport in our state and has over 40 International as well as national flights daily. There are direct flights from Thiruvananthapuram airport to major cities in India such as Chennai, Bangalore, Mumbai, Delhi etc. This airport was established in the year 1932. There are daily International flights to places like Colombo, Sharjah, Abu Dhabi, Dubai etc.

A majority of the people working abroad are in Gulf countries. So, most of the International flights are frying from this airport to the Gulf. At present Kerala is a hot spot for tourist destinations and so the flow of tourists is increasing day by day.

The two main terminals of Thiruvananthapuram airport are the Terminal 1 and Terminal 2. Terminal 1 is meant for domestic flights and the Terminal 2 is for the International flights. The International terminal has 2 gates. As there is a constant increase in the passengers to Kerala, a new terminal called Terminal 3 is under construction to handle them. All modern facilities will be available in the new terminal. This terminal was funded by the Airport Authority of India. This terminal is to have 18 immigration counters, 30 check-in counters and a Common User Terminal Equipment system which enables the passengers to check in from any counter.  This terminal is ready for operations but some facilities for the passengers are yet to be completed. Trial runs have already been conducted with airline officials.

The Domestic Airlines include

The International Airlines include