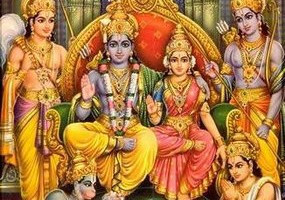 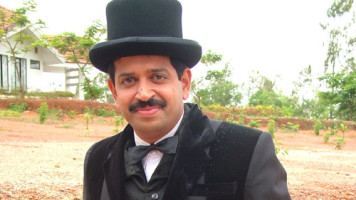 The secret chambers of Sree Padmanabha Swamy temple were opened in order to inspect the items kept inside them. The chambers were opened following the orders from the Supreme Court and special commission was appointed to check them. The search for the treasure was started on June 27th 2011. This temple has 6 cellars named A to F out of which A and B was kept unopened for more than past several centuries. The cellar that was opened first was the C chamber which was usually opened during festivals and important days. It contained golden and silver pots and other utensils made of gold and silver and are estimated to be worth around 450 crores. The chambers that were opened after that were the D and F cellars. These chambers also included ornaments, crowns etc. made of gold, silver and precious stones and is worth 350 crores. The chamber D was opened 5 times in a year on the occasion of various festivals.

The chamber that was opened after the first three is the cellar A. There were several precious objects found in this chamber which includes precious stones such as Ruby, Emerald etc., coins used in Napoleon Era, coins of East India company, a gold idol of Lord Vishnu embedded with thousands of diamonds which alone worth 500 crores, a 5kg Sree Krishna idol made of gold, gold and silver coins, ornaments, etc. The treasure from cellar A alone accounts to more than 80,000 crores. After the estimation of the treasure from the 4 chambers was done, Sree Padmanabha Swamy temple became the richest temple in India.

The chamber E that was opened after chamber A contained items which were used for daily Poojas in the temple. Ornaments worn on the idol of the Lord and other articles kept inside this cellar worth around 10,000 crores. These ornaments are worn on the idol of Sree Padmanabha Swamy on festivals and important days which are taken out from this cellar for such occasions. So the estimation of the articles in this chamber was easier.

The chamber B is the largest and the most important among all the chambers which is not yet opened. The Supreme court has ordered that the chamber B should not be opened. As of now after opening 5 out of 6 chambers, the value of the treasure is estimated to be more than 1 Lakh crores. The correct estimation of the treasure has not yet been confirmed. At present, the current market value of the items has alone been estimated. If the antique value is also taken into account then the value will be 10 times the current estimated value. The actual values of most of the precious stones are yet to be determined.

Since the treasure is worth billions special safety and security measures are taken to safeguard it. Commandos have been appointed in the temple premises for security. Besides there are hundreds of policemen inside and out of the temple premises, armed polices as well as mufti policemen for protection.