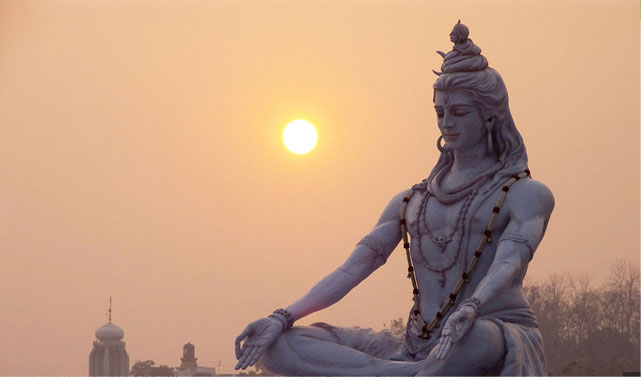 Maha Shivarathri is a religious festival which has the word meaning the great night of Lord Shiva. It falls in the month of Megha and at times in the month Phalguna also according to the Hindu calendar. It is observed on the Krishna Chathurdasi day which comes on the fourteenth day of the dark fortnight of the moon in this month. The Malayalam month kumbham is famous for the Shivarathri celebrations which correspond to the months February and March.

Shivarathri festival has got much significance according to Hindu mythology. It is believed that one who performs poojas and worship God Shiva on this day will be freed from any sin and attains peace. The Shivarathri festival is celebrated in memory of the day in which Lord Shiva saved the world from total destruction by drinking the poison obtained from Kaalkoodam. It is also believed that it was on this night that Shiva danced the Tandav.

On Mahashivarathri people worship Shiva and takes day and night fast. People take fasting by consuming only one meal or not taking meal at all, for the whole day. They spend the whole day singing hymns and reciting prayers. They do not sleep the whole night and they take bath the next day early morning. They visit Shiva temple to conduct prayers. The Shiva lingam is given sacred bath with items like honey, milk, curd, rose water etc. Shivarathri is significant for women as well. It is believed that unmarried women get a good husband like Shiva if they observe Shivarathri fast and Shiva Pooja. Even married women pray to God to have a successful and prosperous married life.

In Kerala, Shivarathri is celebrated very well in Aluva and is quite famous. It is celebrated at the Shiva temple from the sand banks of River Periyar. Thousands gather at this place to worship the God. People irrespective of caste and religion gather here for worship as well as for sight seeing. Local small shops are set up in the ground and various cultural functions like dances and shows are also organized. It is organized for making the people stay active during night and to make them awake the whole night. The next day morning, the devotees offer Bali or the sacrifice to their ancestors. This festival in Kerala can be considered as a small version of the Maha Kumbha Mela at Thriveni.