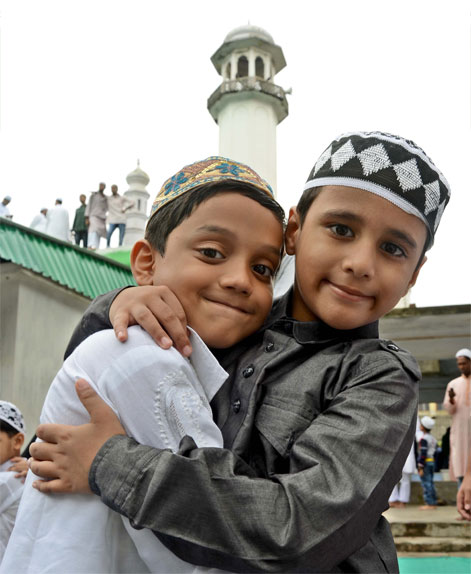 Ramadan which is also called as Idul Fitr is the 9th month in the Islamic calendar. This month is regarded as the most blessed month and is spiritually beneficial. The word meaning of Eid is festivity and that of Fitr is breaking the fast. It is during this month that the people observe a month long fast. They are mainly engaged in good deeds such as prayers, charity etc. The fasting is observed in such a manner that they give up food and drink during day. All Muslims and children above the age of 12 starts to take fasting. They have their food early in the morning and at dusk and are engaged in prayers most of the time. The meal called as Suhoor is taken before the Sun rises. Similarly, the daily fasting is broken after the sun sets. The meal taken for breaking the fast is called as Iftar which usually consists of some dry fruits and sweet drinks. The fasting is again continued the next day morning.

During fasting period, the people quit smoking, drinking and sexual relations. They are also not supposed to tell lies, make false promises, betray etc. The main goal for performing this fasting is to achieve purification of both mind and body. When the people perform fasting, as they feel hungry they get reminded of the sufferings of the poor. They spend long time in mosques for prayers and besides the five daily prayers they also perform another prayer called the Taraweeh or the night prayer.

The month long fasting comes to an end when the crescent appears on the horizon. This marks the start of Idul Fitr festival or the Ramadan festival. It starts in the first day of the month Shawwl and is celebrated for three days. One of the first things the devotees do is provide food to the poor. Any excess food in their home is contributed to those who are in need of food. On the day of the festival, people take bath early in the morning, wear clean clothes and go to mosque for prayers. After the prayers the Immam conducts prayers and makes speech about the significance of the festival. After reaching home, they visit their dear ones.