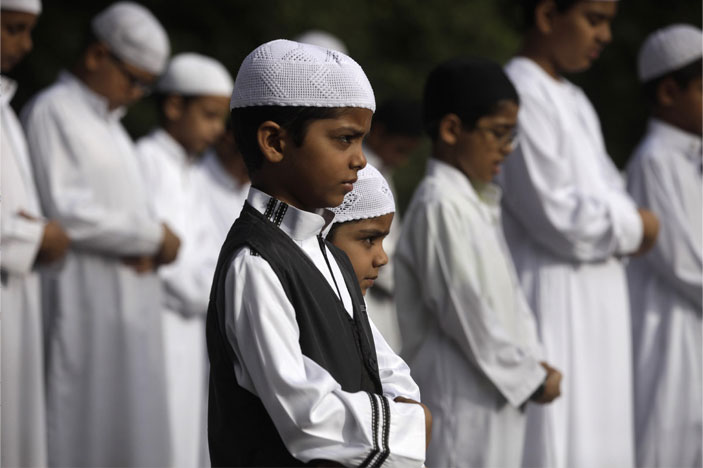 The birthday of Mohammed who is the Prophet of Islam is celebrated as Miladi sheriff or Nabi dinam. He was born on 20th April 571 AD and Muslims all over the world celebrate his birthday. His death anniversary is also on the same day. In Kerala, earlier this was not celebrated, but now it is celebrated with great enthusiasm. This has gained much importance in Kerala.

A biography of Prophet known as Maulod is recited on that day. It is in the form of both poem and prose and is written in Arabic language. The main event of the day is this recitation. Recently a new practice has also come into being as part of the celebrations. It is nothing but taking night classes from mosques about various aspects of the life and living of Prophet. This class is conducted on the first 12 days of the month and is taken by Muslim scholars. Through this message the people come to know about the teachings, noble life and some facts of Prophet.

In some areas like Ponnani, people are engaged in various services like providing food to the poor. The people here are very much interested in doing charitable works and they spend the whole night supplying food and other requirements to the needy.

People conduct processions in various places and also recite Thakbir. They then gather at some place and are addressed by some speakers. He makes speeches about Prophet and his life. This type of meeting is attended not only by the Muslims but also by the people from other religions also.