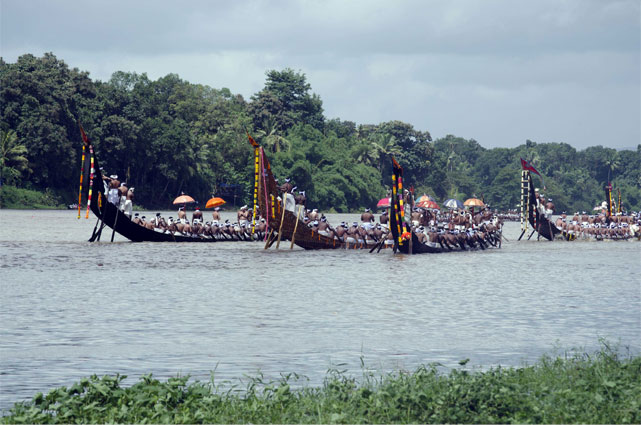 The President’s Trophy Boat Race or Ashtamudi boat race is a famous boat race held in the Ashtamudi Lake in Kollam district. It is held in the Malayalam month Chingam on Atham star that marks the beginning of Onam season. This vallam kali is a newly added boat race and is conducted annually. The various boat types that participate in the race include Chundan Vallams, Veppu Vallams and Iruttukuthi Vallams and the major attraction is that of the snake boat race. Around 16 snake boats participate in the event. The track of the race is from Thevally Palace up to the Kollam boat jetty.