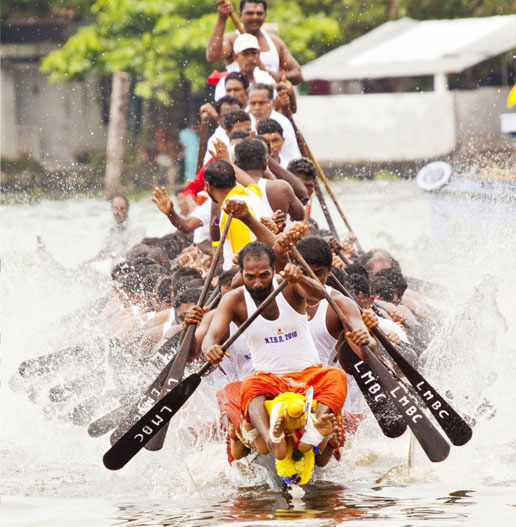 Kerala is very famous for its backwaters and lagoons. These water bodies are suitable for conducting various water sports. The famous water sport activity conducted in Kerala is the boat race. There are numerous boat races conducted in Kerala, which are so popular that tourists from other places come to enjoy the race. It is one of the major tourist attractions and is part of the tradition of Kerala. The boat races are conducted mainly as part of some festivals like Onam, harvest festival, temple festivals etc. Some of the races conducted here are associated with decades old myths and legends.

There are different types of boat categories that participate in the boat race. Some of them include Snake boats called Chundan Vallams, Veppu Vallams, Iruttukuthi etc. The main attraction of all the boats is the Chundan Vallams. The boat races conducted in Kerala are examples of the communal harmony of the people in those areas as people irrespective of caste and religion participate in the boat races. There will be around 100 oarsmen in the boat and it is a spectacular sight for the people gathered to watch this event. The boat festival season begins with the Champakulam Moolam Vallamkali.