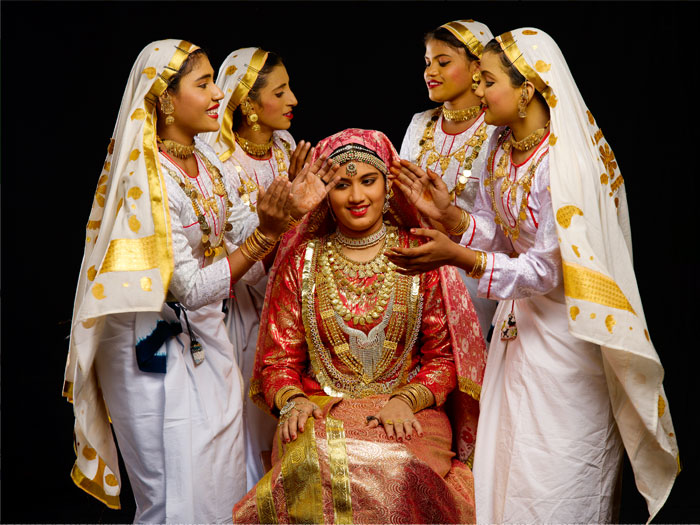 Oppana is a dance form of the Muslim community especially in the districts like Kannur, Kozhikode and Malappuram. It is a form of social entertainment. It is performed on the wedding day and is performed by women either friends or relatives. It is a part of the wedding celebrations. The total members in the dance include around 15 including musicians. The bride is beautifully dressed, wears gold ornaments and sits at the centre of the stage where the dance is being conducted. She is seated in a chair called Peetam and the dancers perform surrounding her. They sing songs and move around the bride dancing by taking simple movements.

In some places, males also perform the Oppana for entertaining the bridegroom. They conduct it just before the groom leaves to the bride’s residence for their marriage. The musical instruments used in the dance include Harmonium, Thabala and Elathaalam. Only Mappilapattu is sung during Oppana. It is the leader in the group who first sings the Mappilapattu which is then followed by the other women. The themes for the song are usually teasing comments to the marital bliss and the bride usually shows shy emotions. The song is sung in both Malayalam and Arabic. Oppana is also performed as a stage show and also in competitions.