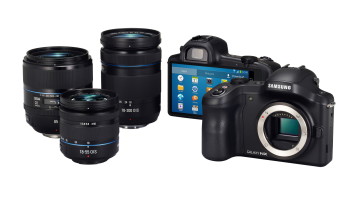 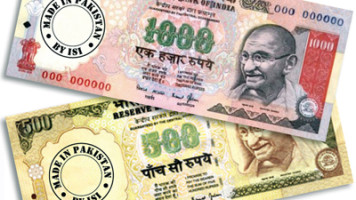 How to detect fake currency notes

Samsung has launched the new Ativ Q laptop which is an amazing hybrid device that combines both Windows 8 and Android Jelly Bean. It can be transformed from a slate into a laptop quickly. It has a 13 inch, QHD+ display with a resolution of 3200×1800 pixel and the processor is Intel Haswell Core i5. The pixel resolution is said to be the highest on a 13 inch machine. It is also designed to provide an optimized viewing experience and high brightness in outdoor environment. 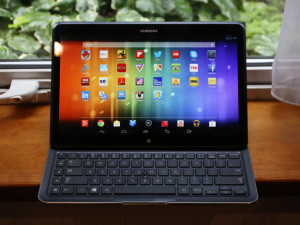 This device is like a large tablet concealing a physical keyboard. The standard form of the Samsung Ativ Q is a 13 inch slate. It has an innovative hinge design that allows it to be transformed into 4 different functional modes. When the screen is lifted up, a keyboard is present under it. The screen can be then locked behind the keyboard and you can use it just like a touch screen laptop which allows you to type as well as swipe. The device can be easily converted from a laptop into a slate and vice versa. There are different options for positioning the screen to work with. The display lies either flat as in the case of a tablet, can be lifted backward to be used as a laptop, can be kept parallel to the keyboard as two different layers or also can be flipped backwards with the keyboard as a stand. When the display is turned over, the screen gets automatically rotated. The four-in-one design of the ATIV Q gives its users all the options they require in one device. It includes an S Pen stylus for writing. The thickness of this device is 13.9 mm and has a weight of 1.29 Kg which makes it easier for one to carry it along. The keys are small and there is no touch pad in the keyboard. You can either touch the screen or do with the trackpoint in the middle of the keys.

The two operating systems, Windows 8 and Android Jelly Bean can be used by tapping an icon at the bottom. It is very easy to switch from one operating system to the other by just tapping the icon. The device does not have to be restarted and it takes around 2 seconds for the switching. You can also run different operating systems side by side. When you want to use Windows just use it as you work on a laptop and then use it also as an Android device, by touching the screen. The Android also works on the Intel Core i5 processor which has the latest Haswell silicon chip. The two operating system shares file folders and so the files saved in the Android is also available in the folders when you return to the Windows. The users can also transfer files from Windows 8 to Android. The Samsung Ativ Q which is a tablet and laptop with both Windows and Android can be a perfect solution for those who wish to work on both.