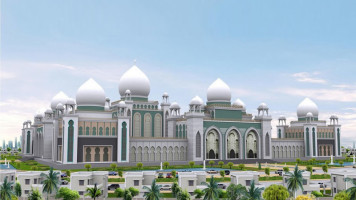 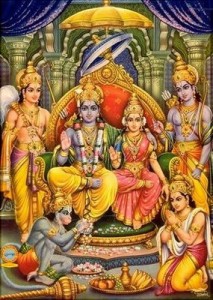 The temples are well connected by roads and visiting all these temples on a single day is now easier. Every year thousands of pilgrims from in and out of Kerala visit the Nalambalam. While visiting these temples, one has to follow some rules. A pilgrim has to first visit the Thriprayar Sree Rama Temple early morning. After attending the Nirmalyam from there he has to visit the Koodalmanikyam Temple at Irinjalakkuda to attend the Usha Pooja. Then the pilgrim has to visit Lakshmana Perumaal temple for the Utcha Pooja and finally visit the Payammel Sree Shathrughna Swami Temple for the Deeparadhana and Athazha Pooja.

Sri Rama Temple at Thriprayar is a magnificent temple which is dedicated to Lord Rama. The idol of Rama has 4 arms and this deity is believed to have some aspects of Lord Siva also. The sanctum sanctorum of the temple is very beautiful and scenes from Ramayana are represented on it. Thriprayar temple lies at a distance of 23 kms from Thrissur.

Koodalmanikyam temple is a 9th century temple and has a magnificent architecture. It is located in Irinjalakuda in Thrissur district. The deity here is Bharata which is the only such temple in India that is dedicated to Bharata. This temple is at a distance of 21 kms from Thrissur.

Lakshmana Perumaal temple is located in Thirumoozhikkalam near Aluva. This temple is dedicated to Lakshmana and is an ancient temple. In this temple, the inscriptions from the 11th century can be seen.

Payammel Sree Shathrughna Swami Temple is located in Payammel and is dedicated to Shathrughna. Shathrughna Devan is believed to be the incarnation of the Sudarshana Chakra of Lord Vishnu. The idol in this temple is 4 feet tall. This temple is at a distance of 40 kms from Thrissur.