In Kerala there are a large number of wildlife parks and sanctuaries. Kerala is considered to be a green paradise on earth. The dense green forests with a wide variety of animals such as elephants, tigers, deers, leopards etc and water birds provide a great opportunity to the tourists to sight these different creatures. 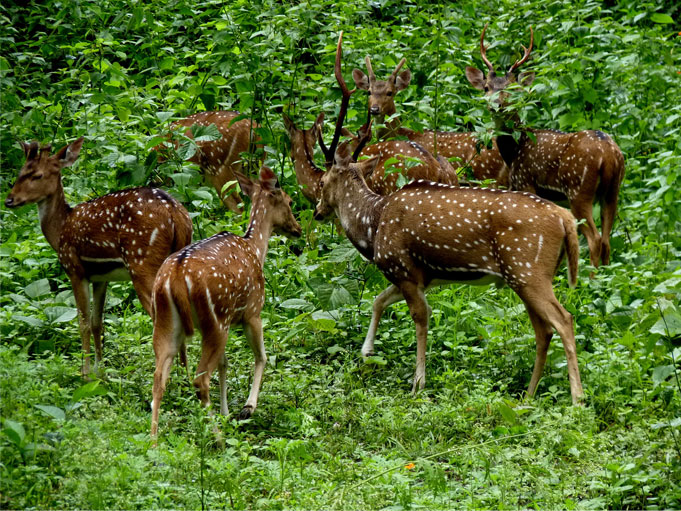 Peppara wildlife sanctuary is located in the Nedumangad Taluk in Thiruvanathapuram district. The Peppara Dam has been constructed over the karamana River and it was declared as a sanctuary in the year 1983. Tribes of different types are settled in these areas. A total of 13 tribals are settled in this sanctuary out of which 11 are in the Athirumala section and 2 are in the Thodayar section.

Neyyar wildlife sanctuary is located around 30 km north of Thiruvanathapuram district. The Sanctuary extends from Neyyattinkara taluk to the Mundanthuari Tiger Reserve in Tamil Nadu. It is considered to be the drainage basin of Neyyar River and its two tributaries. The two tributaries are Mullayar and Kallar and both of these originiate from Agasthyarkoodam which is the second highest peak in Kerala. The Sanctuary was established in the year 1958.

Eravikulam National park is in Munnar. It is at the crest of the Anamala range and is said to be a must excursion place while on your visit to Munnar. In order to reach here one has to trek from Rajamalai about 17 km from Munnar. There are a wide variety of endangered species found in this national park.

Thattekad bird sanctuary is situated about 20 kms from Kothamangalam. In this bird sanctuary it is possible for one to see some of the rare species of birds. This place is a paradise for the ornithologists as a large number of exotic birds gather in this sanctuary.

The Silent Valley national park is located about 40 kms to the northwest of Mannarkad. It is the only evergreen forest in the Sahya ranges. The main feature of this forest is that this area is devoid of the chirping sound of any insects, even that of the cicadas. The vehicles go up to Mukkali which is around 24 kms from the park. The rest of the way up to Kunthipuzha has to be travelled by foot. 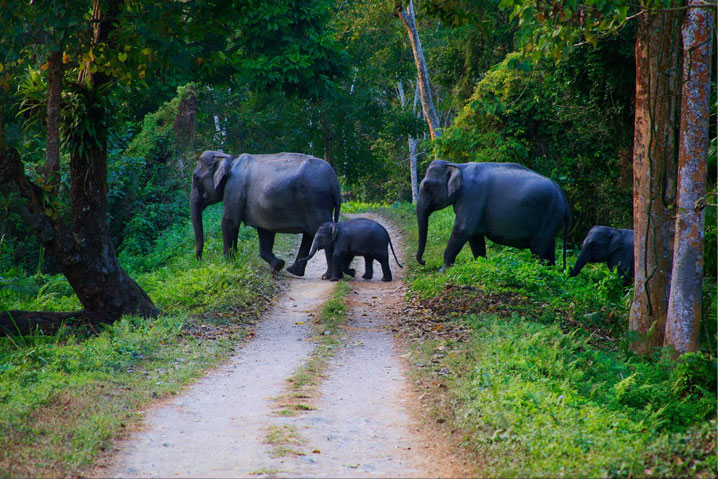 Wayanad Wildlife Sanctuary was established in 1973 and is located between Karnataka and Tamil Nadu.  It is rich in bio-diversity and is an integral part of the Nigeria Biosphere Reserve. It is also called as Muthanga wildlife sanctuary. The wide variety of wildlife in this sanctuary includes elephants, monkeys, tigers, deer, panthers, etc. There are many rare species of birds as well. This sanctuary is famous for the project elephant site where herds of elephants are allowed to roam and enjoy in mud and water. One can relax well from here by listening to the uninterrupted sounds of nature. Together with the huge animals we can also find lots of beautiful and colorful butterflies and other insects.

Parambikulam Wildlife Sanctuary is located 110 km from Palakkad. Boating is done at the Parambikulam Reservoir. Accommodation is provided to the tourists in the Rest Houses of the State Forest Department. In Thoonakkadavu, there is a tree house which has to be booked in advance. Kannimari is the oldest old teak tree, which is found here.

Nelliyampathy is a beautiful hill station which is located around 90 km south of Nenmara. It is at a height of 450 to 1600 m above sea level. In order to reach this hill at least 10 hair pin bends have to be passed through the forests in the Sahya Ranges. Seethakundu at Nelliyampathy provides a panoramic view of almost a major part of Palakkad. Trekkers can enjoy a nice time here. Accommodation is provided to the tourists by the DTPC Palakkad.

The Chimmini Wildlife Sanctuary established in the year 1984 lies in the Mukundapuram taluk in Thrissur district. It is situated in the valley of Nelliampathy. It is adjacent to the Peechi – Vazhani Sanctuary and the Parambikulam Sanctuary. There is an artificial lake near to the Chimmini River. This sanctuary is covered by hills and occupies the areas of Kunumali and Mupliyam rivers.

Shenduruny Wildlife Sanctuary is located in the Pathanapuram taluk of Kollam District. This forest was declared as a wildlife sanctuary in 1984. It got its name from the word “Chenkuruky” which is a species of tree found here. The central part of this sanctuary is an artificial lake formed by the Parappar Dam.

Idukki Wildlife Sanctuary is about 40 kms from the Thodupuzha town. It is extended over the Thodupuzha and Udumpanchola taluks of Idukki district. Here lies the Idukki arch dam which is the first major hydrelectric project in Kerala. The reservoir here is formed by the three dams Cheruthoni, Idukki and Kulamavu.

Chinnar Wildlife Sanctuary is situated in the Western Ghats in Idukki district. Here we can find the endangered species of giant grizzled squirrel. It is possible for one to view the wildlife in this sanctuary from the road itself without the need to go deep into the jungle. The famous sandal forest called the Marayoor sandal forest and the Thoovanam waterfalls is situated here.

Aralam wildlife sanctuary is in Kannur district and is a protected area. The sanctuary comes under the villages Aralam, Kelakam and Kottiyoor and also continues with the forests of Coorg in Karnataka state.

This bird sanctuary is located on the banks of the vembanad lake. It is considered to be a paradise for the ornithologist and it is possible to find numerous migratory birds such as siberian stork, egret, darter, heron and teal. Together with these there are other species such as woodpecker, skylark, crane, water hen etc. A best way to have a look at this sanctuary is to take a cruise along the vembanad. A beautiful island on this lake called the Pathiramanal can be reached from here.

The Begur Wildlife Sanctuary is situated in the Wayanad district at Mananthavady. It is one of the most beautiful places in Wayanad which is covered by dense lush green trees. The trees here are rare and are rich in a variety of medicinal properties. This place is a best choice of all the nature lovers. The animals found here consist of elephants, deer, tigers, boars, leopards, etc. Together there are numerous species of birds also in this sanctuary. It is a favorite spot of many photographers as it is possible to capture many great moments from here. 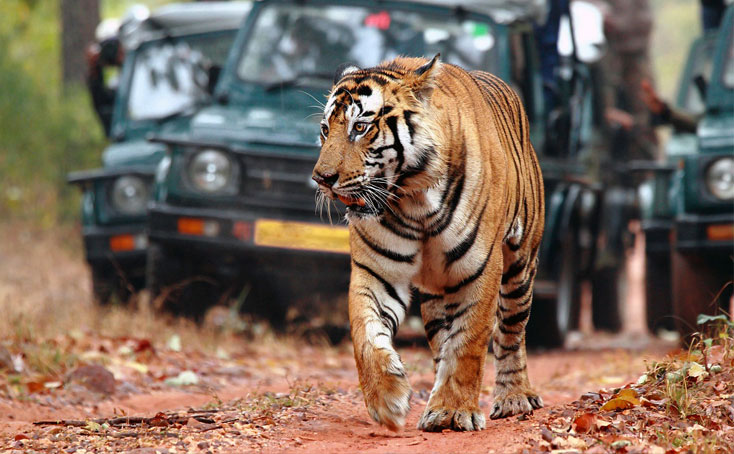 The Periyar Wildlife Sanctuary in Periyar (Thekkady) is one of the fascinating natural wildlife reserves. It was declared a Tiger Reserve in 1978. It is possible to observe and take photos of elephants at close quarters. People can also go for trekking, elephant rides and boating. An artificial lake formed by the Mullaperiyar Dam gives beauty to the park. There are many species of wild animals and birds, and the most famous is the Indian elephants. There are a variety of plants and trees as well.