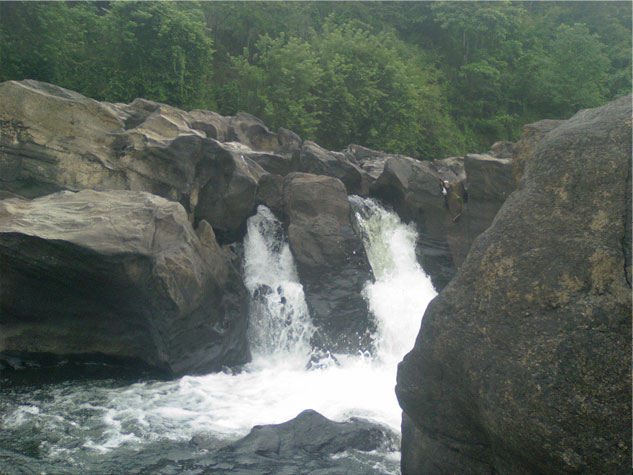 Perumthenaruvi waterfall lies in Erumely near Thiruvalla in Pathanamthitta district. It has a height of around 100 ft and flows through hilly terrain. The word meaning of Perumthenaruvi is ‘Honey River’ and it flows through the Vechuchira-Naranammoozhi villages. It is believed that this river got its name due to the presence of numerous beehives near the origin of the river. The waterfall and its surroundings offer beauty and a scenic sight. The stream is spread in a wide area rather than the height and it joins with the Pamba River.

One can reach Perumthenaruvi either through the Pathanamthitta-Ranni route or the Kottayam-Erumely route. This site is being developed as a tourist site under the control of the District Tourism Promotion Council. Two waterfalls near to Perumthenaruvi are Panamkudantha and Padivathil aruvees. These lie in the Sabarimala forest. Tourists come here in large numbers and they can do trekking from here.