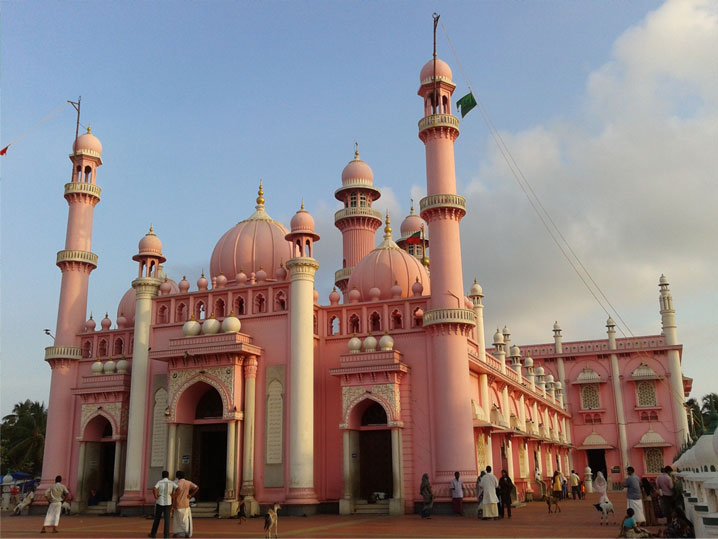 Beemapally is a muslim mosque situated in Thiruvananthapuram.  This mosque houses the tomb of Syedunnisa Beema Beevi who was a Muslim lady with divine powers and her son Syedushuhadamaheen Abubacker. A festival to commemorate Beema Beevi is conducted annually. Thousands of pilgrims irrespective of caste and religion from different parts visit this shrine.

This mosque is famous for the yearly Urs. The most important festival celebrated here is the Chandanakudam festival which begins on the first of Jama dul Akbar and continues for the next 10 days. The purpose of celebrating this festival is to mark the death anniversary of Beema Bheevi. The festival Chandanakudam Mahotsavam or Beemapalli Uroos is a very colorful festival. The celebration starts with hoisting the traditional flag of the mosque in front of the elders and other devotees. This denotes the beginning of the festival. The devotees carry money in pots which are decorated with flowers and incense sticks. Sandal paste is also smeared on these pots; hence it is called as Chandanakudam. The opening of the pots is covered with white cloth and a garland is tied around the neck of the pot.