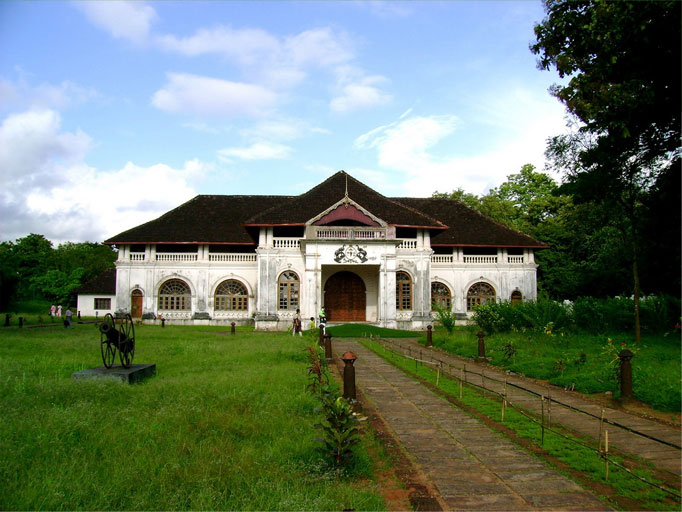 Shakthan Thampuran Palace is located in Thrissur district. This palace is now preserved by the Archaeological department. At present it is a museum. The building is two storied and is in the Nalukettu form. The roof is very high and has thick walls. The flooring is done using Italian marbles. The interiors of the palace are constructed in such a way that it provides comfort irrespective of the weather condition.

Shakthan Thampuran palace was owned by the Perumpadappu Swaroopam under King Rama Varma Sakthan Thampuran. He was the ruler of Kochi and his rule is considered as the Golden Era of the Cochin dynasty. It is close to the Vadakkumnathan temple and was called as the Vadakkechira Kovilakam. The palace was then renovated by the king later. In the palace premise there is an ancient ‘Sarpakaavu’ from where the people worship the serpents.

There is a heritage garden on the south side of the palace and an Archaeological garden at the northeastern side. This palace is an important tourist destination and is an interesting site for the history lovers.