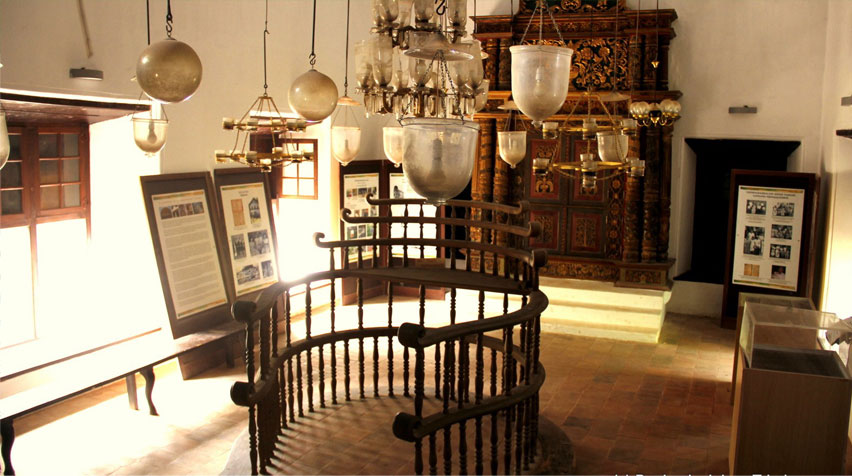 The Jewish community who stayed in India long ago had built many buildings that made their presence felt. One of the landmarks of the Jews is the Synagogue which is a place to worship. The Jews who had settled in Kerala had constructed various such Synagogues. Chendamangalam synagogue located in Chendamangalam village was built by the Portuguese in the year 1614. This building is an example of Kerala architecture together with Western technologies. There is an altar which is very attractive and is an example of complex artwork. The roof is at a great height and the craftsmen would have taken great effort in order to fix it. The roof is supported by wooden beams and is also colored with certain patterns. Another interesting feature of this synagogue is the wooden balcony that has beautifully carved railings. The staircase is made of wood and is spiral in shape. It goes to a balcony that is meant especially for women.

Nearby to this synagogue lie temple, mosque as well as church. It is a clear example of the religious tolerance of the people in this area as they live here in complete harmony. With the help of the Archaeological Department and funds from Kerala Tourism, this synagogue was recently renovated without destroying the original monument. The cracks in the wall were repaired. The termite attacked wooden beams; floors etc were replaced with new ones. It is considered as a protected monument by the Archaeological department. The restoration work was completed in the year 2005.