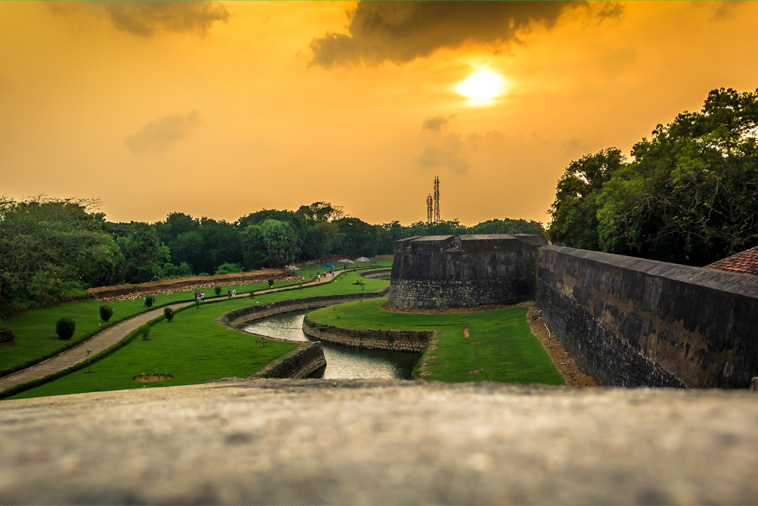 Tipu Sultan’s Fort is situated in Palakkad district. Hence it is also called as the Palakkad fort. The fort was built by Hyder Ali, Tipu’s father. Later it was extended by Tipu Sultan during the 18th century. This fort has witnessed many historical events including the struggle of Tipu against the British. The fort was captured by the British and later came under the control of the Zamorins. The British but recaptured it in 1790. Tipu sulthan lost his life in the battle that followed in the year 1799 and the fort came to be known by his name.

This fort is square shaped and lies on total land area of 15 acres. There are bastions on four sides as well as in the middle. There is a Hanuman temple inside the fort which is well preserved. The Palakkad sub jail also lies within the fort. It is a best preserved fort in Kerala and is now under the control of Archaeological Survey of India. There is a large ground in this fort called as the Kotta Maidanam which means Fort Grounds. This ground was used as a stable for the horses and the elephants of Tipu Sulthan’s army. At present it is used as a stage for conducting various matches or exhibitions. On one side of the fort lies a Children’s park named as Vatika. It is an important tourist destination and many come here to spend their leisure time. Some other attractions nearby to the fort include Rappadi which is an open air auditorium, sub jail and the martyr’s column.