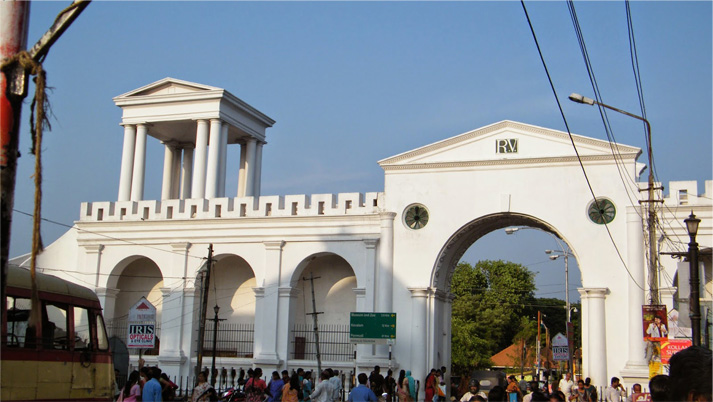 East fort is located in Thiruvananthapuram district. This fort is built around the Sree Padmanabha Swami Temple. The construction of the fort started during the rule of Maharaja Marthandavarma, but it came to a completion during the reign of Karthika Thirunal Dharma Raja in the year 1787. The fort is around 15 feet tall. This main fort has 4 gateways namely Kizhakke kotta (East Fort), Padinjare Kotta (West Fort), Thekke kotta (South Fort) and Vadakke kotta (North Fort). Besides, there are gateways in the south east side as well.

Inside the East fort, there are some Palaces like Ananthavilasam palace, Krishnavilasam palace, Sree Padam kottaram, Saraswathivilasam, Sundaravilasam and the Kuthiramalika. Many princes and princesses had lived in these palaces. The most beautiful palace of all is the Ananthavilasam Palace which lies to the south of the temple. Krishnavilasam palace has a structure which is a blend of both traditional and western styles. The oldest of all the palaces here is the Sree Padam kottaram that lies to the north of the temple. The Saraswathivilasam palace has very high walls, roofs, lengthy corridors, arch gates etc. Sundaravilasam palace is the place that is meant for royal hunting or the pallivetta which is a ritual conducted during the festival in the temple.  Kuthiramalika also known by the names Puthenmalika or Horse Palace is very famous. This palace has many horse shaped wooden carvings structure in the upper floor of the palace. At present Kuthiramalika is a museum with many rare and valuable articles kept for display. To the right of the East fort is the Navarathri mandapam. There is also a Padmatheertham pond near to the temple.

This fort has great historical significance and so is considered as a protected monument by the Archaeological department. The fort is known by the name East fort due to the eastern entrance of the fort. The city of those times was completely inside the fort together with the Padmanabha swamy temple at the center. At those times, there was also a decorated metal gate with various symbols imprinted on it. This whole East fort area has been declared by the government as a heritage site.