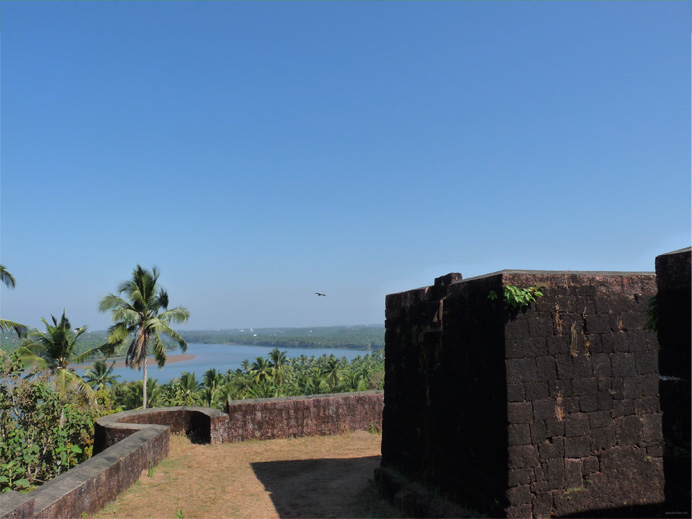 Chandragiri fort is situated in Kasaragod district. This fort is bordered by the Chandragiri River and it is very beautiful to see this fort bordered by river. This fort was constructed in the 17th century and has a total area of 7 acres. The fort made of laterite stones is square shaped and is around 46 meters in length.

The fort has two sides that face the sea with the watch tower facing the north direction. There are underground passages in the east and west directions. There are 8 view towers with holes in them for huge guns. The sea route can be viewed well through these holes. The view of the river, sea and the sunset is extremely beautiful. One can take ride in a boat to the nearby islands and the palm groves. This fort is now protected by the State Archaeological Department.