Kochi has a very good harbour right from the ancient times. Traders from various parts of the world was attracted towards Kochi. Their visit resulted in making a mark in this place. The word ‘Kochi’ was derived from the Malayalam word ‘Kochazhi’ which means small lagoon. Later it was renamed as Cochin by the foreigners for easier pronunciation. But now it came to be again called as Kochi from 1996 onwards. The most interesting and exciting thing to do in a backwater is to conduct a backwater tour. Backwater tours are usually done in kettuvalloms or the houseboats which have gained widespread importance in tourism. The tourists can view some of the interesting places around the waterways in their journey. 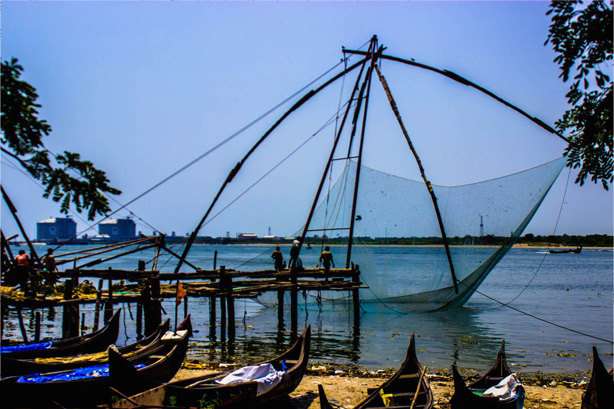 The lake that surrounds Fort Kochi is the Vembanad Lake and the people can use ferry boats to travel through this lake. The best place to start one’s backwater tour is from Cochin. On this journey one can enjoy the scenery of beautiful islands, lagoon and trees. The tourists are very much attracted to this place mainly due to the rich flora and fauna that beautifies the Kochi backwaters. It is indeed a memorable journey that one would have in their lifetime.

There are many small islands between Fort Kochi, Mattanchery and Ernakulam. The backwater cruise is done around islands like Bolgatty, Vyppin, Gundu and Vallarpadam. Some of the major tourist attractions that are associated with the backwater journey in Kochi include Willington island, St Francis church, Bolgatty island etc. Willington island is an island that is situated in the Kochi backwaters. It is named after the viceroy of Britain named Lord Willington. It is here that the naval headquarters is situated. Bolgatty island is also an island that attracts a large number of tourists. There is a palace here called as the Bolgatty Palace.