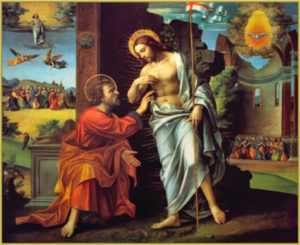 St. Thomas who was an Apostle of Jesus Christ  came at Maliankara, near Kodungallur) in 52 A.D. He preached Christianity among the Jews and is considered as the father of Christianity in India. He converted twelve Brahmin families into christianity. The Syrian Christians can trace back their origin from them. He also established seven churches at different places in Kerala. At present, 19% of the total population of Kerala is christians.

In the 17th century, there came the arrival of many European missionaries in Kerala. The Church Mission Society of London converted people who were considered as untouchables as well as the Syrian Christians. This in turn was helpful as these missionaries played an important role in improving the standard of living of the people and helped them to get away from many social evils.

The Christians of Kerala today are divided into several branches:

Of all the sects, the Marthoma church is of younger origin. They are considered as Reformers Church because it is them who are responsible for introducing the vernacular language in the liturgy. Besides these major churches, a number of minor Churches and Missions are also there which includes the Pentecostal churches, Salvation Army, Seventh-Day Adventists etc.

The churches and christian organisations run various educational institutions, hospitals, charitable institutions etc. Malayattoor Church is an important pilgrim centre.  According to the census, Ernakulam district has the highest population of christians while Malappuram has the lowest. They have higher literacy rate i.e. 94.15% than other religious communities.