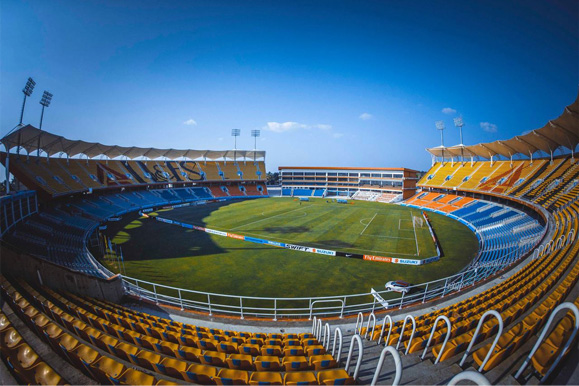 In Kerala, people play ritualized as well as popular sports. The main sports popular in Kerala are cricket, football, badminton and kabaddi. There are many large stadiums in Kerala which includes the Jawaharlal Nehru Stadium in Kochi, Trivandrum International Stadium or Greenfield Stadium and Chandrashekaran Nair Stadium in Thiruvananthapuram.

Out of all these sports, football is the most popular in Kerala.  The famous football players from Kerala are V.P. Sathyan and I.M. Vijayan. V.P Satyan was the captain of Indian Football team and it was unfortunate that he committed suicide in 2006. I.M.Vijayan was also a leading football player of Indian team. There are many athletes who have gained world-class status. Some of them include Suresh Babu, Shiny Wilson, Anju Bobby George, K. M. Beenamol and P.T. Usha. The only Indian to win a medal at the World Athletics Championships is Anju Bobby George. P. T. Usha is regarded as the greatest athletes of all times.

Another sport commonly played by the people is the Volleyball. People play it mainly from sandy beaches along the seashores of Kerala. The famous volleyball player from our state is Jimmy George. He was one among the world’s ten best players. Some other best volleyball players are Cyril Valloor, Joby Joseph and Tom Joseph.

Even thought Cricket is the most popular game in India it is less popular in Kerala when compared to the other Indian states. There were players from Kerala who has been in the Indian cricket team which include Sreeshanth and Tinu Yohannan.

As Kerala is blessed with plenty of rivers, lakes, lagoons and other water bodies, it is a perfect place to enjoy water sports. These water sports are mainly enjoyed and played by the foreign tourists to Kerala. Different water sports such as catamaran sailing, parasailing, canoeing, wind surfing, kayaking etc are played.  These facilities are provided by various beach resorts and sports clubs in Kerala. The presence of huge mountains and dense forests enables one to do adventurous activities such as trekking, camping, wildlife safaris etc.