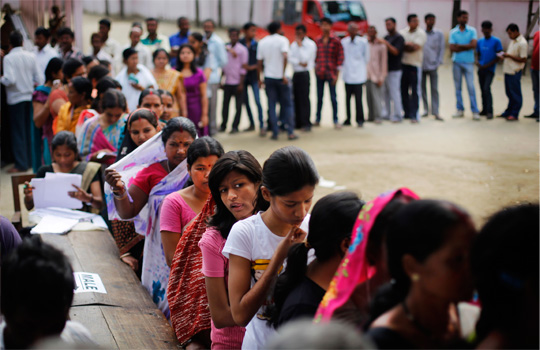 One of the major problems that exist in our society is unemployment. Unemployment is said to occur when the number of labours is more than its demand. In Kerala, there is an increase in the labour supply due to the increase in the number of women working in various sectors. As a result of which there is a rapid rise in unemployment in Kerala. There is the problem of unemployment for qualified as well as skilled labours. As there is lack of job opportunities in our state many are migrating to abroad especially gulf countries. The migration of people to abroad results in inflow of remittances into the state, which is one of the important features of our economy.

Our state is incapable of generating any fresh vacancies in the recent past. Unemployment increases due to low rate of economic growth and low growth of organized sector. The rate of unemployment is increasing in both rural and urban areas. With the development in the economy, the demand for the skilled and unskilled labours also gets reduced.

The global financial crisis was seen mainly in the year 2008 and 2009. As USA fell into recession, the rest of the economy also collapsed. The impact of the crisis on the labours is the worst. The crisis has hit India and there will be a reduced credit flows, export earnings, and flow of inward remittances. The crisis had made serious implications on the labour in the Kerala economy. The IT companies lay off their employees in large numbers. Most of the IT companies have also stopped campus recruitment for these years. Moreover the already selected candidates are not given appointment letters. There is reduction in salary in most of the offices. The situation of those who work abroad is also worse and many are thrown out of the company and sent back to India.

An important scheme of Kerala government is the Unemployment Assistance Scheme. It is an important social security scheme. The Kerala government has also started the unemployment assistance scheme for the unemployment through the Department of National Employment Service. This scheme was later transferred to the local bodies. They have the rights for inviting applications for unemployment allowance, processing of those application, sanctioning and distribution of unemployment allowance etc. The amount required for providing such allowances are allotted to the Employment Department. They then distribute the amount to the local bodies. There are certain criteria for obtaining this allowances and it should be satisfied.