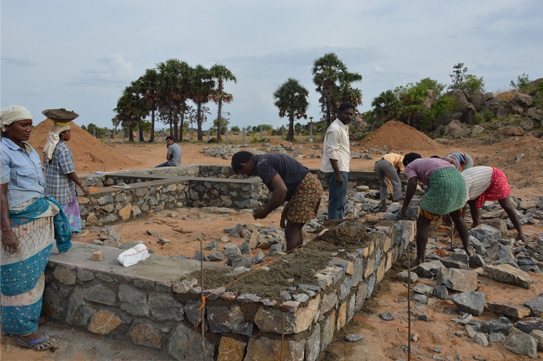 Labour refers to productive human work. It is the effort of the human that is used to produce any goods or service. They are paid wages in return and hence are called as wage labours. The state is responsible for providing benefits to the labours for ensuring them a decent livelihood. Kerala is a labour friendly state. According to the 2001 population census, the population of Kerala was 3.18 crores out of which around 64% are the labour force. Out of the total workers in India, the total labour force from Kerala constitutes around 2.6%. The workers in Kerala are in different sectors such as the informal sector including loading, unloading works, construction works, self employment etc, traditional industries, small, medium and large scale industries, IT industry etc.

The Kerala Institute of Labour and Employment is a body constituted by the Government of Kerala. The main purpose of this institute is for the training and research in Labour and Employment. It was established in the year 1978 as a registered society. This institute plays a major role for promoting the programmes that are related to labour and employment. They are also conducting training programmes, workshops and seminars on subjects that are related to labour. Training is also provided to the officers in the department. Programmes on Right to Information Act 2005 and Leadership Development have been conducted.